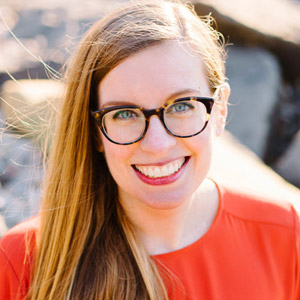 As a founder of Wherewithall, Lara and her team run workshops, trainings, and give talks on core management skills like delivering great feedback, setting clear expectations, and balancing mentoring, coaching, and sponsoring. Her one-on-one coaching is renowned for its support during transition and organizational change, particularly for members of underrepresented groups in tech.

Lara spent a decade growing emerging leaders as the VP of Engineering at Kickstarter and an Engineering Director at Etsy. In those roles, she coined the term Manager Voltron, and wrote a book on physical device labs. She’s shifted the language and culture around web performance; and through her book Designing for Performance (O’Reilly, 2014), Lara changed the way companies approach and celebrate those doing performance work.

Stages, crowds, and getting mic’d up are pretty standard for Lara. She’s keynoted the Velocity Conference, presented at Google I/O and Webstock, given talks at the New York Times and other major companies on topics from web performance to leadership. She hopes you’ll join her on a stage or in a conference room in the future. Her book Demystifying Public Speaking (A Book Apart, 2016) will make your next standup, or even your sold-out arena speech, all the more comfortable.

Lara genuinely enjoys making humans’ lives better, and not just at work. She’s passionate about supporting underrepresented people in tech. Her latest book, Resilient Management, is here to help those who find themselves responsible for supporting a team of people.

Lara’s hands-on approach to growing our leaders was palpable. She has coached all levels of Meetup’s engineering management team through a diverse array of challenges, and modeled strong, inclusive, and impressive leadership throughout her work onsite. There is obvious, long-lasting impact of her signature style on our leadership team.

I started working with Lara during a challenging role transition where I felt like I was drowning on an almost daily basis. Lara didn’t just help me stay afloat - she kept me focused on strategic priorities, helped me work through difficult decisions, and ultimately supported me in harnessing the opportunity to rapidly grow in my leadership capabilities. I’d recommend Lara to any engineering leader looking for extra support outside their organization.

Lara has been absolutely fantastic in helping grow our engineering leadership. She has done everything from facilitating roundtables, doing talks and running workshops. And every time she has done a great job customizing the work to fit our organization. Without exception, all of these efforts have been very successful.

Lara has an uncanny ability to spot organizational and process issues and make improvements that no one else knew were needed. As CTO, I saw firsthand the impact of Lara’s work on the entire organization, in areas that amplified our capacity to strengthen the business.